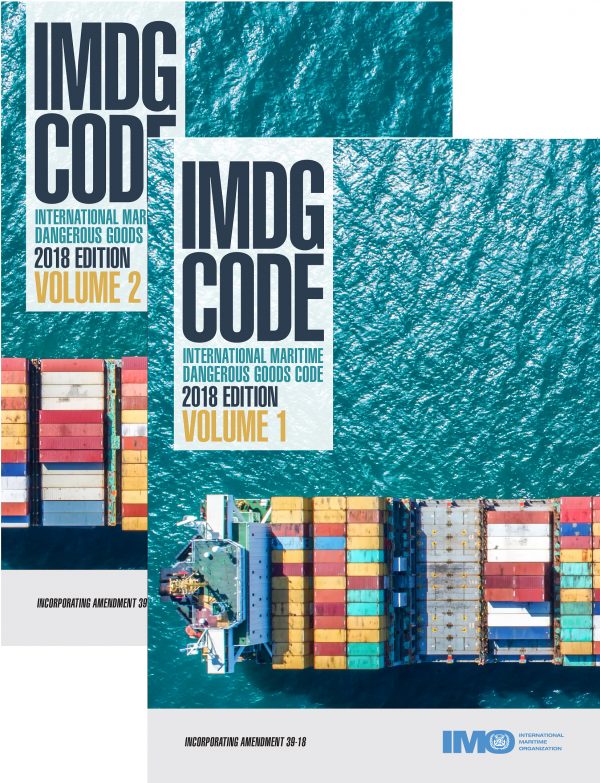 Many maritime countries have taken steps to regulate the carriage of dangerous goods by sea, based on the safety considerations set out in parts A and A-1 of chapter VII of the 1974 SOLAS Convention, as amended. More recently, as marine pollution has become a serious concern, countries have taken further steps to regulate the carriage of marine pollutants, as described in Annex III of MARPOL. The International Maritime Dangerous Goods (IMDG) Code, which was first published in 1965, amplifies the requirements of both Conventions and has become the standard guide to all aspects of handling dangerous goods and marine pollutants in sea transport.

What’s in it
The IMDG Code lays down basic principles: detailed recommendations for individual substances, materials and articles, and a number of recommendations for good operational practice, including advice on terminology, packing, labelling, stowage, segregation and handling, and emergency response action.

Who uses it
Although the information in the Code is directed primarily at the mariner, its provisions may affect a range of industries and services: manufacturers, packers, shippers, feeder services such as road and rail, and port authorities will find reliable advice on terminology, packing, labelling, classification, stowage, segregation, and emergency response action.

IMDG Code, 2018 Edition
The Code has undergone many changes over the years, in both format and content, in order to keep up with the rapid expansion of the shipping industry. Amendment 39-18 includes revisions to various sections of the Code and to transport requirements for specific substances. It was adopted by IMO’s Maritime Safety Committee (MSC) at its ninety-ninth session in May 2018. Amendment 39-18 of the Code is mandatory as from 1 January 2020 but may be applied by Administrations in whole or in part on a voluntary basis from 1 January 2019.

The two-volume Code is divided into seven parts:

Volume 2 contains part 3 (Dangerous Goods List, special provisions and exceptions), appendices A and B (generic and N.O.S. Proper Shipping Names, and glossary of terms) and an index