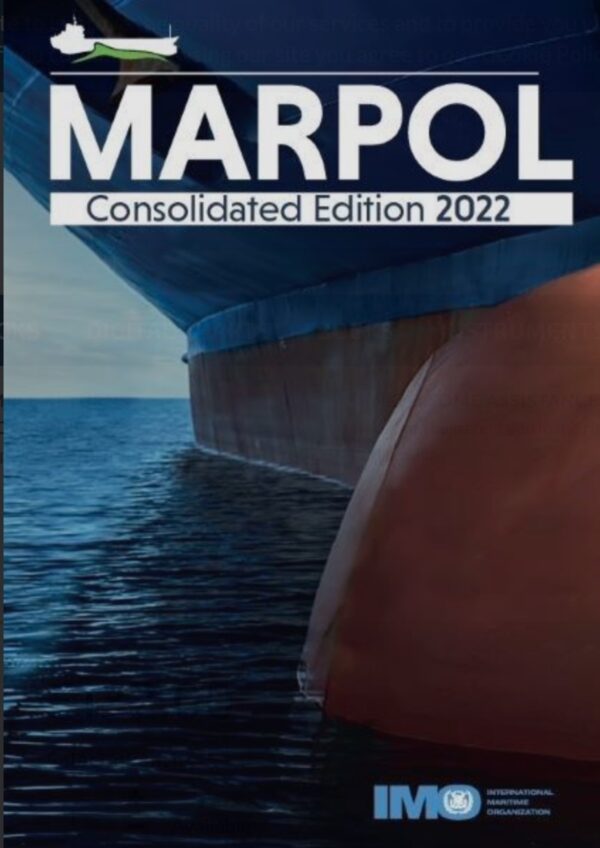 The International Convention for the Prevention of Pollution from Ships, 1973 (MARPOL Convention), is concerned with  preserving the marine  environment through the prevention of pollution by oil and other harmful substances and the minimization of accidental discharge of such substances.

Its technical content is laid out in six Annexes, the first five of which were adopted by the 1973 Convention, as modified by a 1978 Protocol. These Annexes cover pollution of the sea by oil, by noxious liquid substances in bulk, by harmful substances in packaged form, by sewage from ships, and by garbage from ships. Annex VI was adopted by a further Protocol in 1997 and covers air pollution from ships.

This website uses cookies to improve your experience while you navigate through the website. Out of these cookies, the cookies that are categorized as necessary are stored on your browser as they are as essential for the working of basic functionalities of the website. We also use third-party cookies that help us analyze and understand how you use this website. These cookies will be stored in your browser only with your consent. You also have the option to opt-out of these cookies. But opting out of some of these cookies may have an effect on your browsing experience.
Necessary Altijd ingeschakeld
Necessary cookies are absolutely essential for the website to function properly. This category only includes cookies that ensures basic functionalities and security features of the website. These cookies do not store any personal information.
OPSLAAN & ACCEPTEREN
Titel nicht gefunden? Wir helfen Ihnen gern!

Title not found? We will find it for you!

Please fill in the below form and we will contact you as soon as possible with our findings.